The hike from Shui Hau Village to Shek Pik Reservoir, along Lantau Trail Section 9, is a relatively easy coastal walk that involves minimal climbing. The hike also passes by two campsites with their own beaches (Lo Kei Wan and Shek Lam Chau) as well as an ancient rock carving.

Admiring the views of the sea from Lantau Trail Section 9

Although this section of the Lantau Trail may not as popular as some of the other sections, such as Section 12, it does have its own charm.

Not including breaks
Hours
Including the rock carving detour
Kilometres

The best way to describe this hike is that it’s relatively flat or undulating in the middle, with steps or slopes at the start and at the end.

Click here to open the map of the hike in Google Maps.

The distance from end to end (or bus stop to bus stop) is about 5.6 km. However, the added 700-metre detour to the ancient rock carving, adds up to 6.3 km. It took us about 2 hours to complete the hike, but that doesn’t account for the time spent sitting on the beach or taking pictures.

You can start the Lantau Trail Section 9 hike at either Shui Hau Village or Shek Pik Reservoir.

We started at Shui Hau Village because we wanted to end our hike at Shek Pik Reservoir. Personally, I just love being around the area next to the Shek Pik Reservoir! That part of Lantau Island feels so calm, secluded, and beautiful!

To get to Shui Hau Village from Central:

To get to Shui Hau Village from Tung Chung:

Once you arrive at the bus stop, the entrance to Lantau Trail Section 9 is a 50-metre walk from the bus stop, away from the village. This is the starting point of the hike between Shui Hau Village to Shek Pik Reservoir.

The start to Lantau Trail Section 9

The hike to the Lo Kei Wan Campsite is not only easy but also quite picturesque. The trail is paved all the way to the steps to the beach, with lush grass on the side and in between the tracks.

Although there’s not much in terms of scenery as you’re walking, make sure to look behind once in a while. The sight of the trail with Lantau Peak in the background is quite stunning!

The initial part of Lantau Trail Section 9, with Lantau Peak behind us

The hike at the start is very picturesque and easy

The trail soon gives way to the steps that take you down to the Lo Kei Wan beach and campsite. As you walk down the steps, the view of the sea from between the trees is simply gorgeous!

Once you reach the bottom of the steps, walk through the shrubs to access Lo Kei Wan beach.

Turn right and walk down to Lo Kei Wan Campsite

The beach primarily serves as a campsite, completely secluded from all civilization. You won’t find any beachgoers here. There are plenty of other amazing beaches on Lantau Island.

Although we’d just started our hike, we decided to take a break on the beach. The secluded nature of the beach was too inviting for us, and we just wanted to listen to the waves before continuing on our hike.

The next section of the hike is the toughest part as it involves several flights of steps all the way to the highest point of the hike. But given that this is a pretty easy hike, it’s only difficult relatively speaking.

From the beach, return to the trail that brought you here, and continue walking on it as it goes behind the beach. Follow the sign and climb up the steps.

Continue towards Shek Pik from behind Lo Kei Wan Campsite

The toughest part of the hike. The hike isn’t very tough.

Once you reach the top, you can feel relieved that there isn’t any more serious climbing in this hike. The top is essentially a plateau that runs along the coastline. As you walk ahead, you’ll be greeted with incredible coastal views!

Almost at the top

The next 2 km of the hike are mostly flat or undulating. We took our time as we wanted to admire the scenery, and of course, take as many pictures as possible along this scenic coastal trail.

Beautiful views of the sea on a clear day

Admiring the views of the sea from Lantau Trail Section 9

The coastal scenery unfortunately doesn’t last too long as the trail soon heads inland. Although that’s the bad news, the good news is that this part of the trail is shaded.

Fortunately, the trail emerges out of the woods and the coastline reappears, but not as close as it was before.

A very lush part of the hike

This part of the hike was so pretty, we couldn’t help but snap a few pics

The trail finally comes back with coastal views

Before you know it, you’ll soon arrive at the sign for the Shek Lam Chau Campsite. If you want, you can walk down to the campsite and beach. It should take you about 15 minutes one way.

However, if you’re not interested in discovering another beach on Lantau Island, you can choose to continue along the trail. We decided to skip this detour and instead take the next one to the Shek Pik Rock Carving.

Made it to the steps for Shek Lam Chau Campsite

From the Shek Lam Chau Campsite sign, the trail begins to descend towards Tung Wan Bay. And as you start walking down, you should be able to see the Shek Pik Prison complex from a distance.

Continue walking down till you reach the fence for the Hong Kong Red Cross Shek Pik Youth Camp. Walk around the fence till you reach a small beach. From the beach, the trail once again becomes paved. But unfortunately, there’s a bit of an uphill slope ahead. And at the end of the slope, you’ll arrive at a three-way crossing.

The trail to Shek Pik

Take this quick detour to the Shek Pik Rock Carving

At the crossing, take a U-turn downhill, and follow the signs to the Shek Pik Rock Carving. The rock carving is situated in a small lane behind the Shek Pik Prison.

The Shek Pik Rock Carving is right next to the prison

We’ve seen quite a few of the ancient rock carvings around Hong Kong. From the one at Big Wave Bay to Lung Ha Wan, and Tung Lung Chau.

To finish Section 9 of the Lantau Trail, trace your steps back to the three-way crossing but this time, go straight. Shortly after the crossing, you’ll get a glimpse of Shek Pik Reservoir.

When you cross the road and stand right next to the Shek Pik Reservoir, you’ll understand why I love this part of Lantau Island. With the Big Buddha and the Lantau Peak in the background, the massive body of water in front, a picturesque road across the dam, and the surrounding greenery, I find this area very beautiful!

Soaking in the beauty of Shek Pik Reservoir

Although the bus stop is located right next to where the hike ends, we let plenty of buses pass by before we finally decided to board one back to Mui Wo. Buses to Tung Chung also stop at the same bus stop.

On our way to Shek Pik on Lantau Trail Section 9

We hope you enjoyed our guide to the Shui Hau Village to Shek Pik Reservoir hike on Lantau Trail Section 9. Like I mentioned, you can also do this hike in reverse. And if you want to get closer to the reservoir, we recommend exploring the Shek Pik Country Trail.

And if you’re looking for more coastal walks, we recommend the Tai Tan Country Trail in Sai Kung and the Coastal Village Path in Tai Tam Harbour. 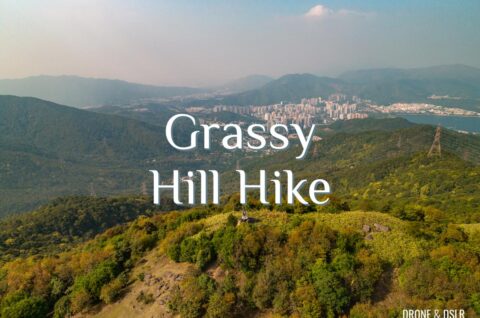 Want to know particular bus stop name if i start from tung chung bus stand by bus no.11

Depends on where you’re located in Tung Chung, here is the list of all bus stops for bus number 11.
Hope this helps 🙂

Really lovely hike! Thanks for these great blog posts! 🙂

Our pleasure, Leena! Glad you enjoyed it 😊

A beautiful hike, Devesh! I also appreciate the great directions you provide! 😊

Thank you very much, Nikki! Really appreciate your feedback 🙂