Hoi Ha Wan is one of the six natural marine parks in Hong Kong (the others are Yan Chau Tong Marine Park, Sha Chau and Lung Kwu Chau Marine Park, Tung Ping Chau Marine Park, The Brothers Marine Park, and Cape D’Aguilar Marine Reserve). The area has high biological value and shows significant marine biodiversity. I know what you’re thinking – a marine park in Hong Kong’s dirty waters? I too was a bit skeptical about the quality of water at Hoi Ha Wan, but I had to go check it out for myself.

Given that some of the other marine parks, such as Sha Chau and Lung Kwu Chau, are located off the shores of Tun Muen, I felt this marine park showed more promise.

How to Get to Hoi Ha Wan

Hoi Ha Wan Marine Park is one of the first marine parks established in Hong Kong in July 1996. The marine park covers an area of about 260 hectares.

Hoi Ha Wan (which literally translates to ‘Bay Beneath the Sea’) bay is located at the north of Sai Kung Peninsula. Which means that it’s far. So, no matter where you are in Hong Kong, prepare for a long journey.

The easiest way to get to Hoi Ha Wan using public transport is from Sai Kung. The Green Mini Bus 7 departs from Sai Kung’s bus terminus (near Circle K and 7-Eleven) to Hoi Ha Village.

From the village, follow the path passing an old temple and a lime kiln (coral was once used in the production of lime) until you reach the bay.

Things To Do Hoi Ha Wan

The protected area contains 60 types of hard coral, and 120 species of coral fish, which makes it a popular place for snorkeling. Snorkeling gear can be rented from the shops in the Hoi Ha Village.

Other popular activities at Hai Ha Wan include kayaking, and of course hiking. But given that it’s a marine park, a visit to the Marine Life Centre may not be such a bad idea.

You might enjoy  Wan Chai to The Peak Hike

If you’re interested in learning more about the marine park and its diverse ecosystem, I highly recommend a visit to the Hoi Ha Wan Marine Life Centre.

You can book a half day tour online to avail a 17% that includes a guide, boat tour, and coral observation.

If you’re looking for more outdoor activity, there’s still lot’s to do at Hoi Ha Wan.

Snorkel in the Marine Park

Although there is not much to see at the shallow end, there are designated areas of coral, and marine life that you can swim to. The water quality is clean, but the shallow areas are very murky.

The Hoi Ha Wan bay area is fairly swallow and collects a lot of sediment from the stream that flows into it. So, to really enjoy snorkeling in the marine park, I’d recommend staying away from the shoreline.

A tiny islet made of rocks in Hoi Ha Wan, Hong Kong

Slightly off-topic but apparently there’s a shipwreck near the shore that divers can explore.

Renting kayaks at Hoi Ha Wan is fairly easy. Rental shops charge around HKD 250 for a two-person kayak, and HKD 100 for a single-person kayak. There are a couple of rental shops on both the beaches of Hoi Ha Wan.

As the bay is surrounded from all sides, kayaking is easy as there aren’t any waves.

The next time we’re at Hoi Ha Wan, we’ll be sure to go kayaking. This time round however, our agenda was to simple relax on the Hoi Ha Wan Beach.

Relax on the Beach

Depending on the level of the tide, the Hoi Ha Beach is either a single beach, or three separate beaches. The beach has limited shade, and is not a fine-sand beach. However, neither of this is an issue.

From where the water flows, Hoi Ha Wan, Hong Kong

Stand in the shallows and you can see numerous fish swim around you. The lack of people on the beach also made our day super relaxing.

Unfortunately, I can’t sit in a place for too long knowing fully well that’s there’s more to explore. So, after a couple of hours lounging on the beach, I decided to hike to a more secluded beach.

The other side of Hoi Ha Beach had a party

Wan Tsai is a peninsula located north-east of Hoi Ha Wan. The Wan Tsai campsite is probably the only thing located in area. However, just before one enters the campsite, there are two small beaches on either side of the straight.

Our private beach for the evening – near Wan Tsai Campsite

We picked the beach located on the eastern side simply because it offered us shade from the sun, and a magnificent view Sharp Peak. For those unaware, Sharp Peak is one the three treacherous peaks in Hong Kong (High Junk Peak is another treacherous peak). It’s also probably the most difficult of the three.

Sharp Peak – The most treacherous peak in Hong Kong

We really enjoyed spending a relaxing day at Hoi Ha Wan Marine Park, especially at our own private beach (what a luxury in Hong Kong). We’ll be sure to return to the area, but next time with an agenda to kayak, and perhaps snorkel.

If you enjoyed the video, photos, please feel free to share it on the social media platform of your choice. 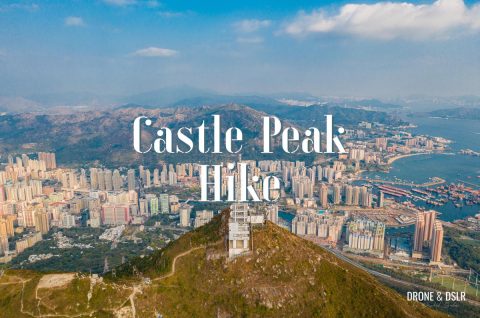 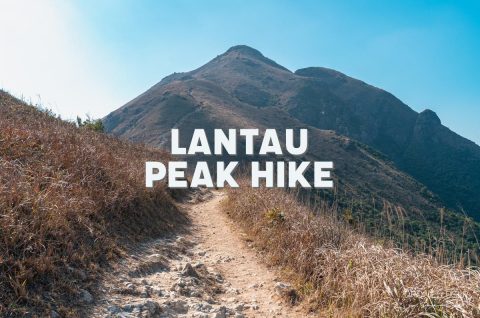 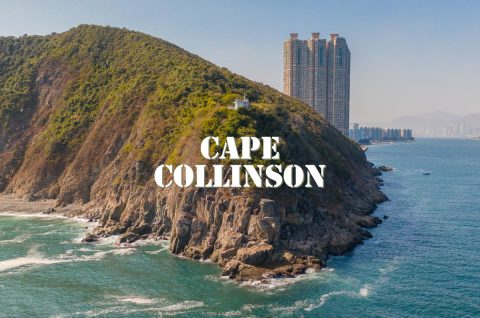