Suomenlinna Sea Fortress is possibly Helsinki’s top tourist attraction. We spent our Christmas morning exploring the island, and all its history. The island is not only convenient to get to from Helsinki, but also easily accessible by foot, and quite a few things to do.

Although Suomenlinna today is home to some 800 residents, it once played a vital role in the defence of Finland, Sweden, and Russia. It was founded in 1748 on a cluster of islands off the coast of Helsinki and was added to the UNESCO list of World Heritage Sites in 1991.

Suomenlinna is easily accessible by a ferry from Market Square in Helsinki. The journey takes roughly 15 minutes, and the ferry runs all year round (even on holidays). A round-trip costs €5 per person and is valid for 12 hours. The latest ticket prices can be found on the HSL website.

Or you could get the Helsinki Card, which includes entry to Suomenlinna along with 20 other attractions in Helsinki.

Suomenlinna is small enough to explore on foot. The island is 0.8 km² in area, and it’s easy to cover all the attractions within a few hours.

When you arrive at Suomenlinna, head to the information counter to grab a pamphlet. The pamphlet contains a map of the best route to take so that you don’t miss any major attractions. Luckily, all attractions on the island are also marked with visible blue signs.

Here’s a quick video of Suomenlinna

Guided walking tours are available during the summer months, and on weekends through the rest of the year.

Once you’re on Suomenlinna take your time and explore the group of islands. These are a few major attractions that I think you don’t want to miss.

Once you get off the ferry, the Suomenlinna Church is the first main attraction that comes on the way. It was initially built to serve as a Russian Orthodox garrison church but was later converted into a Lutheran place of worship.

Although we didn’t a chance to step inside the church, it’s supposed to be quite beautiful inside.

The Great Courtyard of Suomenlinna is the main square of the island. It was built in the 1760s and badly damaged in the Crimean War in 1855. The tomb of Ehrensvard (the architect, artist, creator of the Suomenlinna) can be found in the Great Courtyard.

My favourite attraction on Suomenlinna was the Kustaanmiekka. Until we stumbled into the area, we kept wondering why this island was called a sea fortress? It was here where we finally got to see the cannons of the original sea fortress, and the Russian defence line complete with sandbanks and artillery emplacements.

The King’s Gate is the iconic gateway to Suomenlinna. It is named after King Adolf Frederick of Sweden who had his ship anchored in this location while he of inspecting the construction of the fortress in 1752.

The gate is located at the southern end of Suomenlinna and is connected to the barracks. Artillery Bay, the area around King’s Gate with its high walls and small windows, makes you feel like you’re truly inside a fortress.

See also
Tips For Flying Your Drone In Cold Weather

There are a total of six museums at Suomenlinna, located in different parts of the island. Although each museum sells its own entry ticket, during the summer one can buy a combined ticket for all the museums.

Although we didn’t get a chance to see all the museums, the ones that I would recommend are the Suomenlinna Museum and the Vesikko Submarine.

As the name implies, the Suomenlinna Museum is the main museum on the island. Here you can learn about the history of the sea fortress through a short film that runs every 30 minutes.

Top-down view of the Submarine Vesikko, Suomenlinna. Restored CV-707 submarine built in 1933 & open as a museum in 1973.

The Vesikko Submarine is a Finnish submarine that served in World War II. Visitors can enter the submarine and tour the cramped interiors of the vessel.

Other than the Suomenlinna, make sure you also check out our list of the top attractions in Helsinki.

Also, if you happen to be in Helsinki during Christmas, we’d highly recommend visiting Suomenlinna. Unlike everything else in Helsinki, Suomenlinna remains open to tourists. In fact, there’s a fun Gnome Trail game that Suomenlinna around this time of the year.

Aerial Photos of Suomenlinna
Finland Travel GuideThings To Do In Helsinki 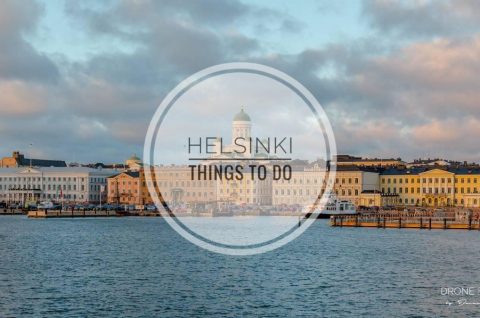 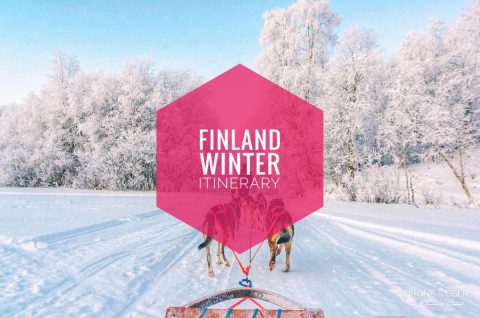 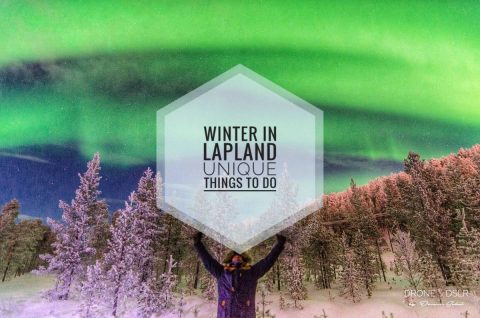