Travelling to Menorca? Wondering where to stay – Ciutadella or Mahon? Can you get around without a car? If you have all these questions, you’ve come to the right place.

Before my trip to Menorca, I too was also confused about all these things. But after visiting the beautiful Balearic island, I think I know a little better, and I’d like to share that knowledge with you.

Here’s a quick tour of the island before we proceed.

Best Area To Stay In Menorca

Mahon and Ciutadella are the two main cities in Menorca and are quite literally located on opposite ends of the island. Mahon is on the east and Ciutadella on the west. In between, there are a few other smaller towns (Es Mercadal, Alaior, or Ferreries), but that’s not where you’d find most of the tourists or touristy spots. There are a few smaller towns that do see some tourists, such as Santo Tomas, or Los Delfines.

Mahon is the capital city of Menorca. It is bigger, and more commercial than Ciutadella. It is where the airport in Menorca is located, and so is the harbour for cruise ships. In fact, Mahon has one of the largest natural harbours in the world and is also the birthplace of mayonnaise (fun fact).

Although we only spent a day in Mahon, we loved the city. The town with its sloping roads, old cathedrals and markets is beautiful.

We ate an incredibly delicious meal at Restaurant Ses Forquilles and enjoyed the views from the vantage point cafe of Mirador.

Looking back at the Església de Santa Maria in Mahon

Here are some of our top recommendations for hotels in Mahon.

Charming hotel with an excellent restaurant.


However, we didn’t stay at Mahon. We stayed at Ciutadella. Why do you ask? Read on.

Ciutadella de Menorca (or simply Ciutadella) is located on the eastern coast of Menorca. It’s a smaller town, with more character in my opinion. Its charming, and colourful alleyways reminded me of the houses in the old town of Sevilla.

These streets of Ciutadella were just picture perfect

The cliff next to Castillo de Sant Nicolau in Ciutadella

Ciutadella is more popular than Mahon among tourists because of its proximity to the most beautiful beaches in Menorca. The virgin beaches in the southwest of Menorca (Cala Turqueta, Cala Macarelleta, and others) are greatly regarded as the most beautiful on the island. And I agree. Unless you’ve rented a car, it’s much more difficult to get to these beaches if you were staying in Mahon. Even then, the journey could be over an hour. From Ciutadella, the beaches in the south are approximately 20 minutes away.

See also
The Most Beautiful Churches In Barcelona

Another reason why I’d recommend Ciutadella is its sunsets. The sunsets in the Mediterranean are absolutely gorgeous! I witnessed them for the first time when I visited Ibiza and Formentera in 2012. Ciutadella and the towns around Ciutadella provide you with some of the best viewpoints for catching these beautiful sunsets.

The sunset lights up the horizon, Los Delfines, Menorca

Here are some of our top recommendations for hotels in Ciutadella.

Charming hotel, located in the heart of town.


As a couple, we enjoyed staying at Ciutadella. It was more charming, closer to the beaches, and had great places to eat.

We stayed in the heart of the old town in a boutique hotel called Cheap & Chic and loved it! It had such a quaint character, and beautiful, big rooms. We would recommend this hotel to anyone going to Ciutadella. It has limited rooms, so it’s best to book early.

Reserve A Room NowStay at the Cheap & Chic Hotel

We also discovered that Los Delfines (a town close to Ciutadella) attracted large families, and as such had loads of entertainment options for kids.

How To Get Around Menorca

If you’ve rented a car, getting around Menorca is a breeze. It’s highly recommended to rent a car as access to the beaches and other remote locations can be difficult without one.

Luckily, it’s not the end of the world if you can’t or don’t want to rent a car. We didn’t, and we managed just fine using buses and taxis.

To start with, there is a regular bus service (operated by TMSA) that runs between Ciutadella and Menorca. The journey takes an hour and runs from the bus station in Mahon to Plaza Pau in Ciutadella. The map of the routes and the timetable can be accessed here. Buses run between almost every town and village in Menorca.

For intra-city journeys, and to get to the beaches, there are shuttle services operated by Autocares Torres. Their map and shuttle schedule can be found here.

Taxis are another option to get around Menorca. Although I would not recommend them for travelling between Ciutadella and Mahon, they’re good for shorter distances.

We used taxis to get to beaches and places such as Punta Nati, or Los Delfines. They usually stand at designated taxi stops or can be summoned via phone.

However, I cannot stress this enough –

Returning from Punta Nati after the sunset

I hope I was able to share my knowledge about Menorca through this post and that helped you understand the island a little bit better. If you need any more information, feel free to leave a comment or ask me a question below. 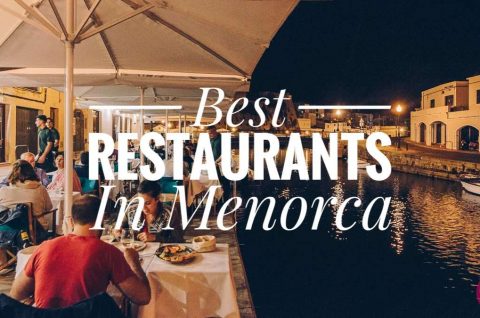 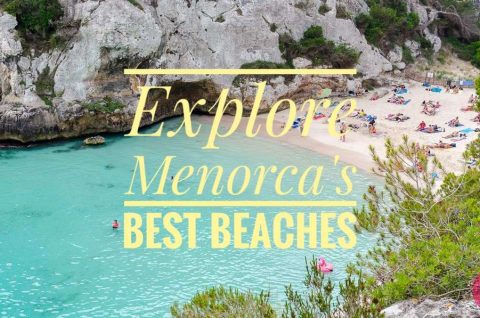 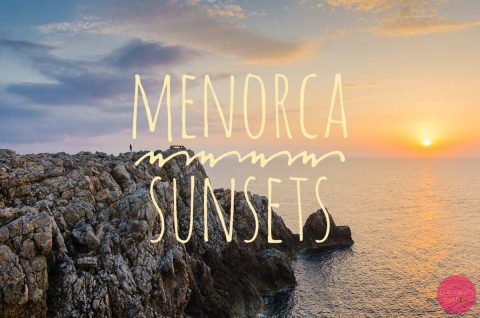 Best Places To Watch The Sunset In Menorca
26th June 2017