Kaikoura is home to two big seal colonies. I first read about Kaikoura in May 2015 when the town was in the news because a giant squid had washed up on its south beach. That article prompted me to learn more about Kaikoura which eventually made me realise that we had to visit it on our trip to New Zealand.

With a population of less than 2,000 people, Kaikoura is a picturesque town nestled between mountains and the sea. It is abundant in marine life, most notably fur seals, dusky dolphins, and whales. Although we did see seals from miles away at Knight’s Point in Haast, little did we know what was in store for us in Kaikoura.

Our first (relatively) close encounter with a fur seal was on the outskirts of Kaikoura. We’d taken a break to stretch our legs after a long drive from Christchurch.  As we were admiring the Pacific Ocean when we noticed a seal rolling around in the water, soaking up the sun. We couldn’t hold onto our excitement!

The Kaikoura Peninsula Seal Colony is within the Kaikoura town. As the name implies, the seal colony lies at the north-east point of the Kaikoura Peninsula, a 5 minute drive from the town centre. On our way to the seal colony, we noticed signs for seals crossing the road and thought, “that’s odd”. Well, it wasn’t odd because once we parked our car we saw seals everywhere! Lying on the road or the sidewalk, hiding in the bushes, running around the parking lot. At one point, two seal pups scared us when they suddenly came running towards us from behind the bushes!

The seal pups are as adorable and playful as they daring and fearless. We instantly fell in love with one seal pup who would return to this shallow pool everyday to practice his swimming and play with his stick. Seals really are the dogs of the sea!

Playing with a sea plant

There were seals sunbathing, playing with one another, posing for us; pups drinking their milk and troubling their mothers! For an animal lover, it couldn’t have gotten any better!

Pull your body up

The Ohau Stream Walkway and Waterfall

We later walked up to the Ohau Stream Walkway and Waterfall. Although, it wasn’t birthing season when we were there, we were really fortunate to have seen one seal pup playing his heart out in the pool under the waterfall. This baby seal didn’t care for visitors, he was just too engrossed in his own shenanigans.

If you’re a sucker for marine wildlife and want to see seals in their natural habitat, make sure you visit Kaikoura. Trust me, there is no way that you’ll be disappointed. 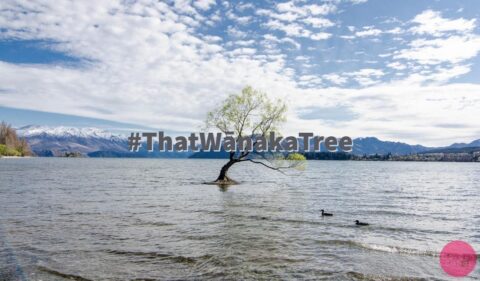 Beautifully expressed! Brings the picture alive! You must save all your write ups and bring out a travelogue. Lovely pictures too.