Hawaii’s Big Island is a volcanic wonderland! Volcanic activity has literally shaped the past and continues to shape the future of the island. Along with the destruction, the activity has left behind a plethora of natural beauty. Most of this wonder can be seen at the Volcanoes National Park on the Big Island.

A vast majority of the park is covered in the wilderness and showcases some of the lushest flora I’ve ever seen. Thanks to the volcanic activity, it also has its own micro-climate and often seen volcanic fog sweep in after rains. And yes, it rains a lot in the park.

After the rain, fumes arise from the cliffs around the Kilauea Caldera

Access to the park where the visitors’ centre and museum are located costs $20 per vehicle (to be revised in $5 increments each year). The pass is valid for 7 days, which is more than sufficient for the time one spends on the island.

Once inside, spend some time at the Visitors’ Centre to get to know the history behind the park. After that, the park offers many attractions to check out. Of course, given the size of the park, it’s worth noting that you need a car to get around.

The Volcano House is right across from the Kilauea Visitors’ Center. It offers guest rooms, a dining area, snack bar, lounge, and gift shop, along with cultural events and demonstrations. As the Volcano House is on the edge of the Caldera, the views are breathtaking. It’s the only place in the entire park that you can grab something to eat or drink, with dramatic views of the smouldering crater.

The Jagger Museum is located at the end of Crater Rim Drive. Currently, the museum offers the best sights of the Halemaumau crater, in the Kilauea caldera. The museum, as informative as it is, is no match for the glow of the crater and fumes just outside it. This is probably why we spent such little time inside the museum.

The Milky Way emerges above the burning Halemaumau Crater

People viewing the crater at night from the Jagger Museum

The Sulphur Banks Trail is a short walk from the Kilauea Visitors Centre. The path cuts around an area of intense sulphur activity. As you admire the sulphur fumes rising from the ground, be careful not to step off the path. The ground is hot and makes you wonder how so much flora survives in it.

Also, while we were there it was raining, and the rain contributed to the fumes making it slightly unbearable to stay there for a long time. The Sulphur Banks Trail is definitely an easy attraction to accomplish.

Let’s face it, this is the main attraction at the Volcanoes National Park. The show-stopper if you will. Mother nature in all its living glory. The caldera is visible from any point around the Crater Rim Drive. It looks spectacular from inside the Volcano House, where the dining area, lounge, and bar overlook the caldera. From inside the caldera, rise the fumes of the Halemaumau Crater.

A panoramic view of the Kilauea Caldera from the Jagger Museum, Hawaii Volcanoes National Park

Like I mentioned earlier, you can get the best views of the crater from next to the Thomas A. Jagger Museum, and at night bring a jacket as it gets quite cold. Once we saw the views from the side of the museum, all our plans to go to the Thurston lava tubes went out the window.

There is nothing more beautiful than to watch the lava inside the crater glow at night. Well, until you get to where the lava meets the sea.

Watch The Lava Enter The Sea

The next day we embarked on the journey of a lifetime!

The lava from volcanoes and craters on the Big Island eventually flows into the sea. You can catch the dramatic action of hot molten lava pouring into the cold water either from land or sea. We chose the latter, and we are glad we did.

Nature in action at the Big Island, Hawaii

And the lava drips and flows into the ocean

Taking the Lava Boat Tour is not cheap. I repeat – it is not cheap. But it is totally worth it! The boat ride to the lava point is an adventure in itself. Riding the enormous waves at breakneck speeds quite literally break your neck. It is most certainly not for the fainthearted (or people with recent injuries, frailness, obesity, osteoporosis, pregnancies, back, neck, joint issues).

Once the Lava Boat reaches its destination, you can expect magic! The boat takes you within touching distance of the flowing lava for some spectacular views. Get ready to have the fumes from the lava surround you as the guide brings a bucket of seawater for everyone to touch.

We really got close to the lava

That’s how close we got to the flowing lava

The brutal strength of the ocean

The whole experience felt surreal! See the photos for yourself. Also, it’s worth mentioning that you should keep an eye out for lava flow updates before visiting the park or even taking the boat ride.

big island things to do 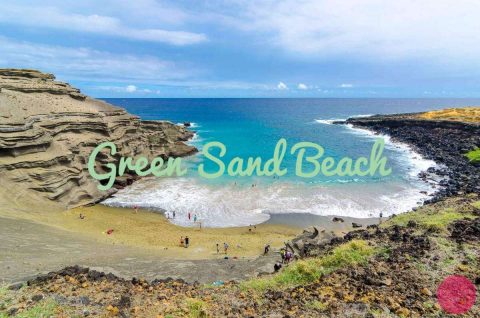