Shenzhen – The Copycat Capital Of The World

A 40 minute train ride away from Hung Hom station in Hong Kong lies another world. Shenzhen, most notoriously famous as the manufacturing and copycat hub of the world, is definitely an eye opener and anything unlike the rest of China I’m told.

On the surface, Shenzhen looks and feels like a world class city with excellent infrastructure. Big clean roads, an efficient public transport system, relatively safe and lively (except for some crazy driving at times). It’s part Dubai, part Singapore, and a whole lot of China. But of course, you don’t go to Shenzhen to admire its parks (of which they have many), you go there to buy stuff, lot’s of stuff. And after spending two days in the city, we realised that we’d barely even scratched the surface when it came to shopping. 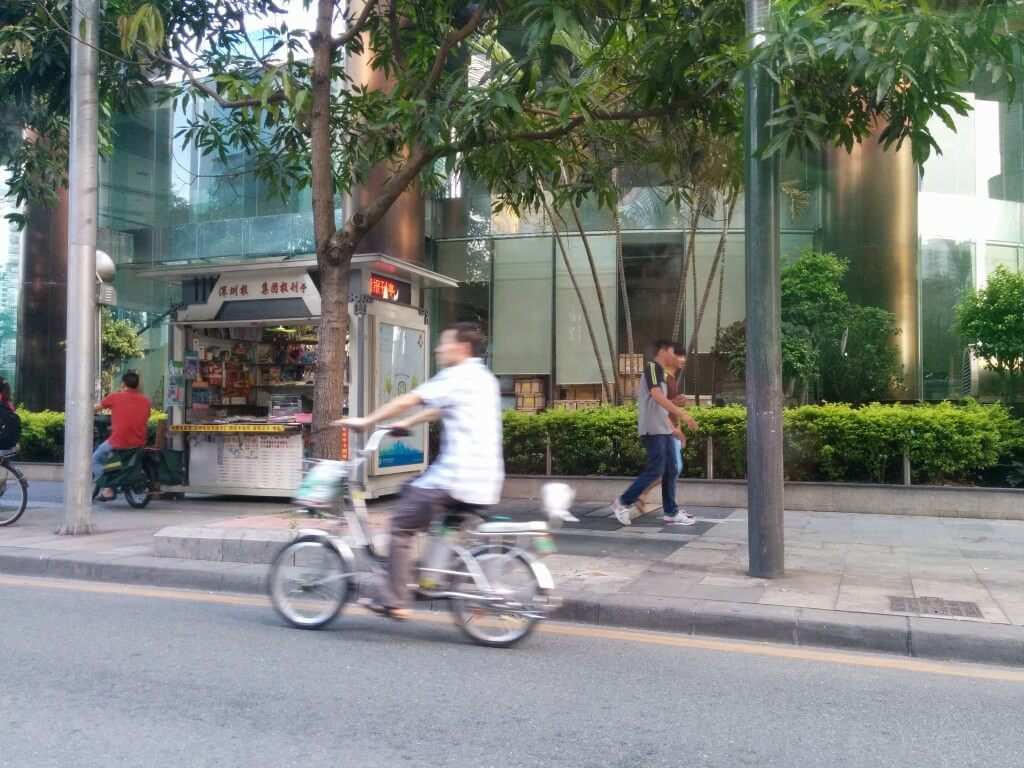 Everyone rides around the city on these electric bikes

The ‘Made in China’ tag is synonymous with Shenzhen to me. The city and its neighbouring areas produce everything and anything imaginable (and dirt cheap). For that reason, it’s a lot of fun to go around the shopping complexes in the city.

This was one floor of one building. This building had 8 such floors, and then there were another 10 buildings

We visited Shenzhen’s electronic market near Huaqiang Road, which is so massive and spread out, that it’s difficult to cover it in a day (or even two)! It has floors upon floors, building after building of electronic goods and accessories. There was one floor dedicated to memory chips, one to LED lights. The floors are filled with shops that literally are tiny kiosks. No product has a price tag, and when you ask “how much?”, the corresponding question is always, “how many pieces?”. When you say just one piece, you’re definitely going to see some eyeballs roll.

We later visited the Luoho Commercial City, known for selling copies of clothes, bags, watches, glasses, jewellery and every accessory possible! Same logic applied here too – no price tags, ask how much, be cross questioned how many pieces, then proceed to bargaining!

Shenzhen – The Copycat Capital of the World

It’s no surprise that the majority of the stuff in the city is a copy, a fake. You find copies of everything! EVERYTHING! And they’re so good, that it’s really hard to distinguish in the first look. But the city also produces some of the best quality stuff in the world too, but maybe it’s not sold in the places we visited.

Even the genuine stores for large tech brands such as Xiaomi or Samsung, were selling fake products just outside their stores. You really have to insist that you wanted to buy an original. And then you’d watch them pull out a genuine looking product for three times the price.

Stores selling eye-wear in the Luohu Commercial City had copied the look and feel of branded eye-wear stores right down to the last detail. It’s only when I walked in and enquired about the price do I realise that everything in the store was a copy, and a damn good one too! I was so tempted to buy a bunch of sunglasses and not have to feel bad about how much they cost.

In the electronics market, we played around with fake iPhones, which had not just copied the physical hardware, but also the software! We bought a copy of a GoPro, which is nothing like a GoPro when you compare the internals. 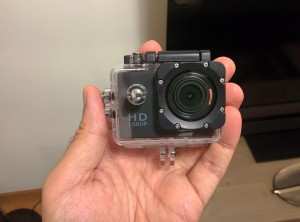 But wait, it gets better. It’s not just consumer products that have been copied, the city is also home to a theme park called the “Window of the World” which has a replica of every famous monument in the world! From the Taj Mahal to the Eiffel Tower, Mount Rushmore and the Pyramids, it’s all there!

The only copycat product that I wanted to see, but didn’t get to, was the Land Wind X7 – a clone of the Range Rover Evoque.

It’s definitely a fun city to visit. Sadly, we had to cut our trip short because the scorching sun made it impossible to stay outdoors. But we’re definitely going to make another visit soon…to see the parks of course.