Tour Of The DMZ – A Must Do For Anyone Visiting Seoul

The visit to the Demilitarized Zone (DMZ) was the highlight of our trip to Seoul. It was an opportunity to visit the world’s most intense and dangerous international border.

Anyone visiting Seoul should not pass this opportunity to visit the DMZ.

How To Get To The DMZ?

The DMZ, the most dangerous international border, is only an hour’s drive away from Seoul. On a clear day, visitors get a glimpse into North Korea on the drive to the DMZ, and also from the Dora Observatory.

The only way to get to the DMZ is with a licensed tour operator. Although there are many DMZ tour operators, tickets sell out fast because these tours are incredibly popular. You must ensure that you book well in advance. You can also book your tour online as it’s easier and more convinient.

What Is The DMZ?

The DMZ is a strip of land, like a buffer zone, between North Korea and South South Korea. It was created through an agreement between North Korea, China and the United Nations in 1953. The DMZ is 250 kms long, and about 4 kms wide – 2 kms on each side of the militarized line.

The JSA is the meeting point between the two nations within the DMZ. It is where the two Koreas meet for their negotiations.

Unfortunately, we had to sacrifice our tour to the Joint Security Area (JSA) thanks to the 105th birthday celebrations of Kim Il-sung. Although we only got to see the DMZ, it was totally worth it.

See also
Top 5 Things To Do In Seoul

With that said, here is a quick glimpse of the DMZ tour.

Photos and short writes up to show you what to expect.

And one more thing I thought I’d share – remember to stay abreast of any news development from North Korea. Any developments that lead to tension between the two countries can ultimately lead to a cancellation of the DMZ tour.

On that note, I wish you a clear, sunny day for your visit. And remember to carry your passport on the day of the tour.

The Bridge of Freedom, former railroad bridge which was used by repatriated POWs/soldiers.

A monument at Imjingak Resort

The entrance to the Bridge of Freedom, Imjingak Resort

The Imjingak Resort is the last point where civilians can drive to before they need government permission to travel any further north. While our tour guide was collecting our tickets, we got to explore the “resort” with its monuments, messages of peace and the Bridge of Freedom, a former railroad bridge which was used by repatriated POWs/soldiers returning from the north.

The bridge also serves as a memorial for families that were separated during the Korean war. There are brightly coloured ribbons on either side of the bridge with messages for family members.

Messages of peace at the fence of the Bridge of Freedom, Imjingak Resort, Paju

The DMZ Museum at the 3rd Infiltration Tunnel site

The highlight of the DMZ tour is to explore a tunnel dug by North Korea. This was the third infiltration tunnel that was discovered by South Korea (total of 4 have been discovered). It was a surreal experience to enter the actual tunnel. The tunnel is 1,635 metres long at a depth of 73 metres.

For a tall person such as myself, this experience was as incredible as it was claustrophobic. The tunnel is no higher than 5 metres at most parts, and then less than that in the other parts. Sadly, no cameras are allowed inside the tunnel.

The infiltration tunnel was made by manual excavation work with dynamites, shovels and pick axes. The tunnel is located only four kilometers away from JSA.

At this stop we also visited a DMZ museum, where we were shown a short movie about the DMZ and the history of the two nations.

The Dora Observatory was another amazing experience. This is the last point before the actual DMZ begins. The observatory offers visitors a distinct vantage point allowing them to get a glimpse into North Korea on a clear day.

It is here that both Koreas blast propaganda on extremely loud speakers at each other. For the most part South Korea blares K-pop on their speaker. Apparently North Korea isn’t a fan of K-pop. Unbelievable, right?

See also
Top 5 Things To Do In Seoul

I found it hysterical that at the world’s most international dangerous border, the tensions are drowned (or heightened) with blaring K-Pop.

The Dorasan Station – The last stop in South Korea

The Dorasan Station is the most futuristic station that I’ve ever visited. Well, it’s futuristic in a different sense. It’s an ordinary looking station that is built in hope for a better future – a time when people of North and South Korea will be able to freely travel between the countries.

Dorasan Station is built to serve a dream. But for now, it’s just the last stop on the DMZ tour.

One day, the world hopes that trains would run here between North & South Korea.

Inside the Dorasan Station, South Korea

If you enjoyed these photos, make sure to check out all the photos from the DMZ, and our trip to Seoul. Other than the DMZ tour, there are quite a few other things to do in Seoul.

Photos From The DMZ Tour

Things To Do In Seoul 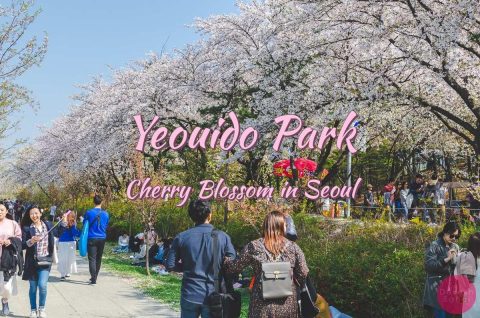 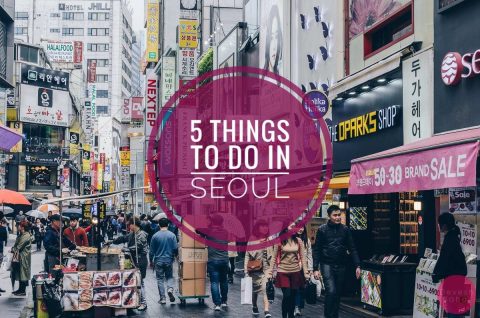