Japan definitely ranks as one of the most beautiful countries in the world. And what better way to explore and appreciate its natural beauty than through aerial photography.

Japan also has fairly strict laws, that are updated frequently, when it comes to flying drones and quadcopters. If you plan to fly your drone in Japan, make sure you are well versed with the laws. In addition many cities, monuments, and public spaces are designated no-fly zones. So, keep an eye out for any sign or posts like this one from Hiroshima. 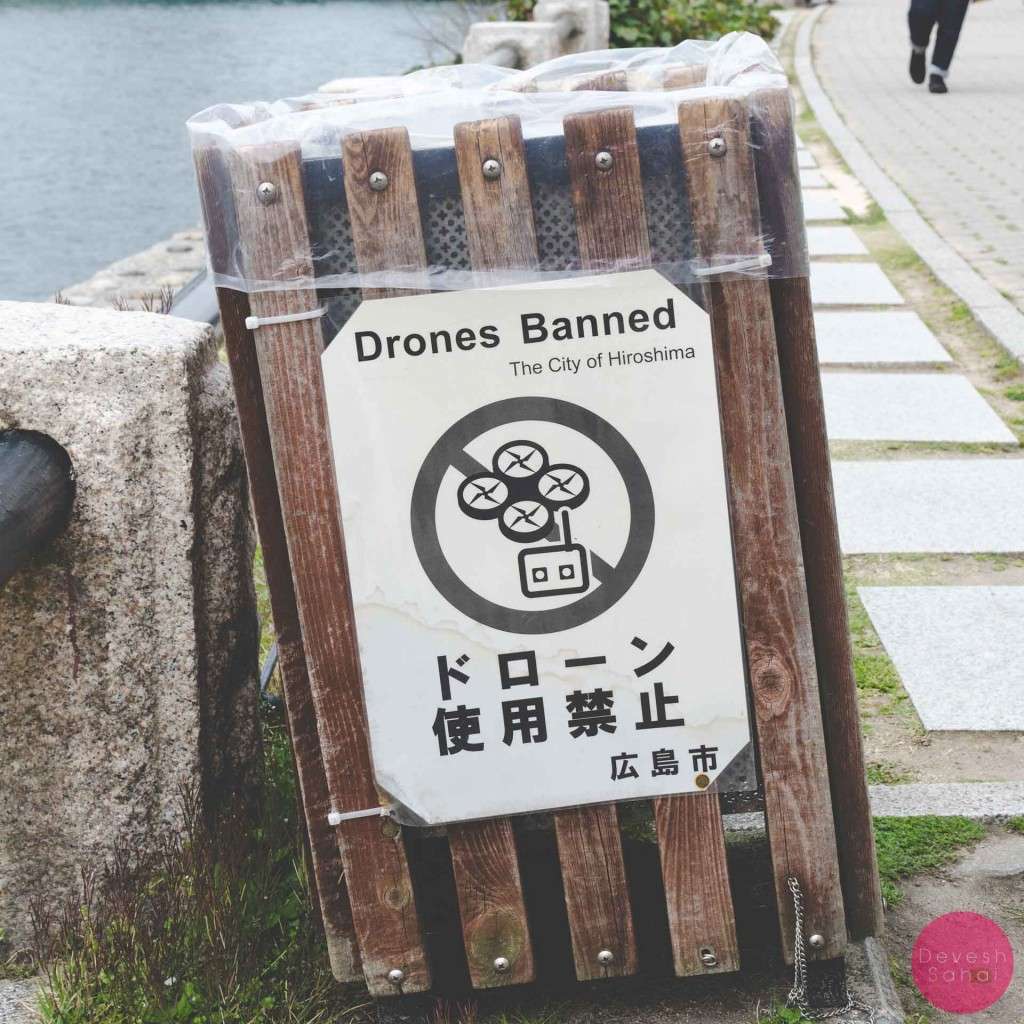 Hiroshima Is A No Drone Zone

After abiding by all these laws, I was finally able to fly my drone in two places in Japan – Arashiyama in Kyoto, and Lake Ashi in Hakone. And these were my top 3 aerial drone photos from Japan. 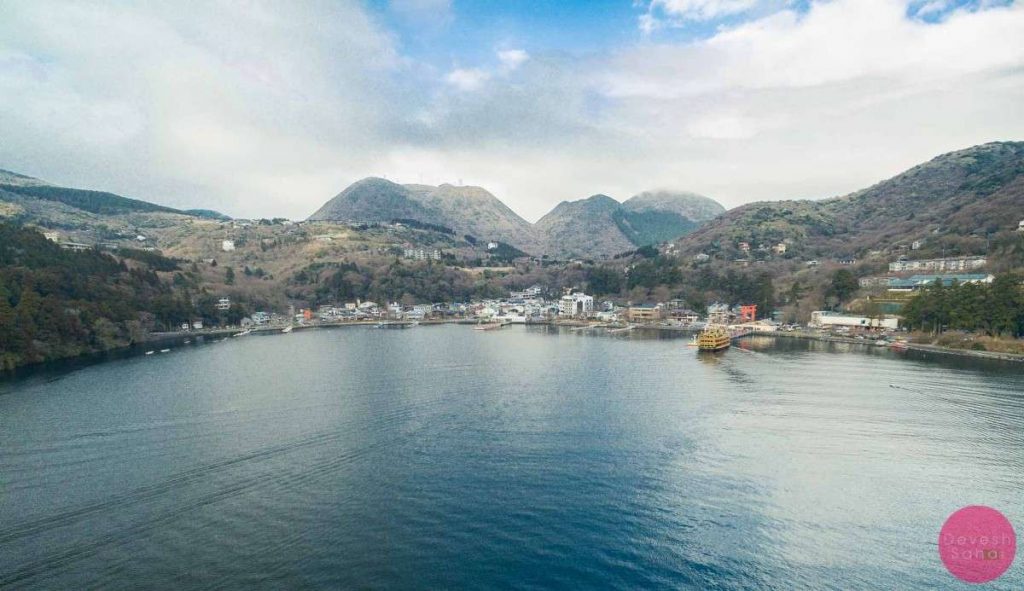 An aerial photo of Motohakone and Lake Ashi

Lake Ashi provides some of the most beautiful views of Mt. Fuji from its shores. We wouldn’t know because the day we arrived, it was completely overcast and Mt. Fuji was no where in sight. But an hour into our arrival, the clouds behind us starting clearing up giving me hope that we could finally see Fuji if we waited. So, we waited. But sadly, no Fuji.

Hakone Photo Gallery
I finally gave up and decided to fly my drone nonetheless. Videos and photos looked dull right until I turned the camera onto the bay area of Motohakone. This was the only patch of blue sky visible. It looked glorious! 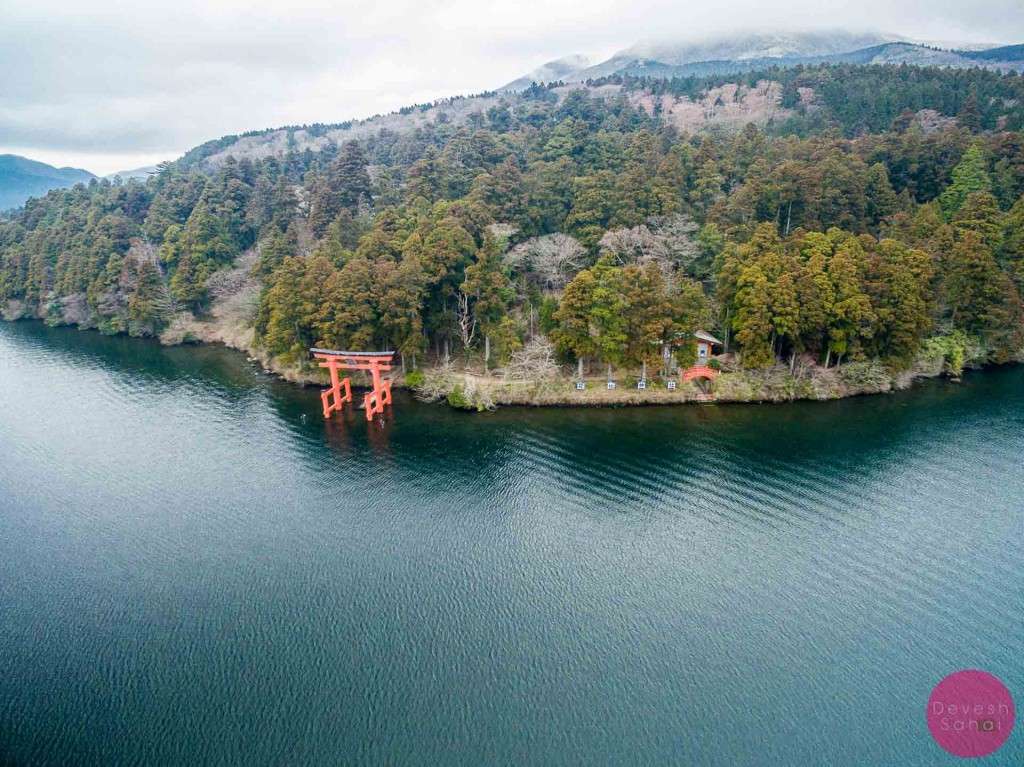 Again, it was a real pity that overcast conditions prevented us from catching a glimpse of Mt. Fuji from Lake Ashi. Or else, this would have made for one EPIC picture. Mt. Fuji is located directly behind this hill (somewhere to the left of the photograph). But that doesn’t take away much from the beauty of this shot. The lake, the floating torii, the myriad of multi-coloured trees, the hills and the clouds all came together to make this one of my favourite aerial shots from Japan. 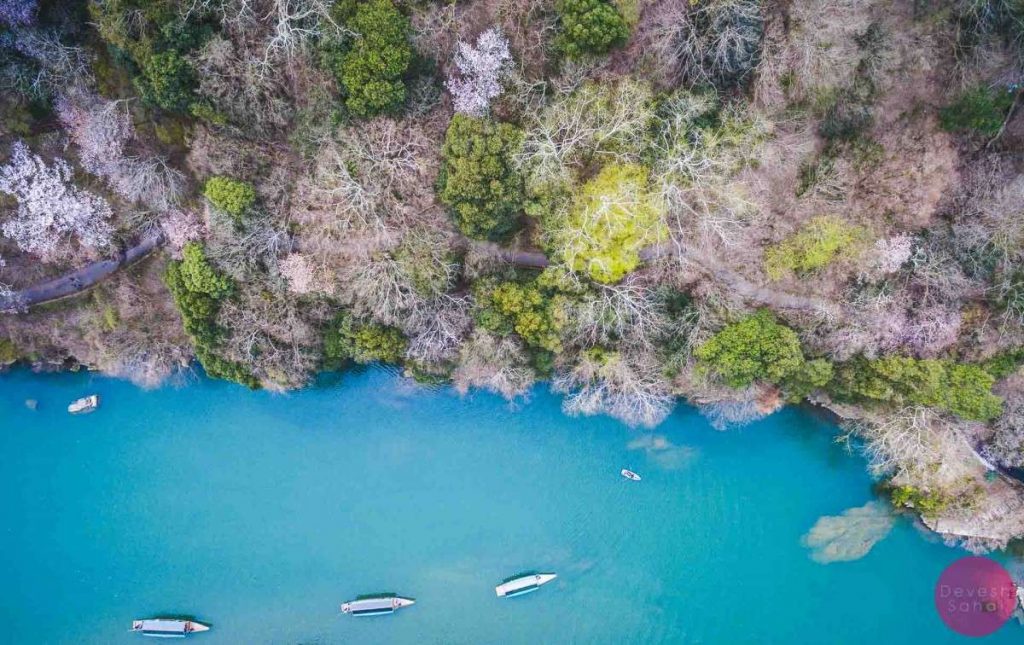 The path along the Hozu River

Arashiyama was one of the most picturesque places we visited in Japan. Primarily known for its bamboo grove, Arashiyama is also famous for its shrines, parks, and the Hozu River gorge. The hillsides along the river are covered with trees of all colours and reminded me of Arrowtown in New Zealand. Looking at the gorge, I just knew that I had to fly right in-between the two hills and capture the spectacular view!

And here is a blissful and serene 4K video of what it would feel like floating above the Katsura River gorge. 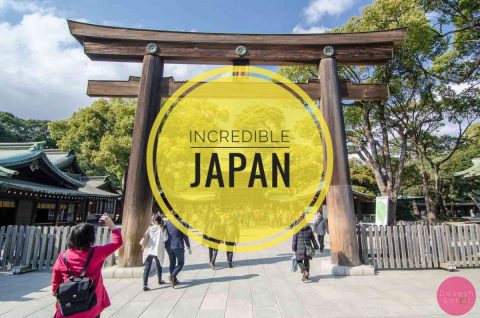