Discover Hobart, And Beyond

Hobart is by far one of the prettiest cities that we’ve visited. When we drove into the city from the airport, we were simply in awe of its landscape – mountains on one side, and the river on the other. Very picturesque indeed!

For those visiting Hobart, there’s plenty to see and discover within the city and outside. You can make Hobart your base and explore the southern half of Tasmania. Or better yet, discover Tasmania’s gorgeous natural beauty by driving along the Great Eastern Drive from Hobart.

We were in Hobart long enough to explore some of the best things it has to offer. So, for those visiting the city, here are our recommendations for things to do in Hobart.

Port Arthur is one of Australia’s most significant heritage sites. The small town is the location for one of the most popular former convict settlement colonies in Australia, referred to as the Port Arthur Historic Site. The site is one of the best surviving examples of “large-scale convict transportation and the colonial expansion of European powers through the presence and labour of convicts.”

The settlement was originally a timber plantation and station that was later converted into a penal colony in 1833. It was where the British Empire sent its most serious offenders. Not only did the prison have some of the strictest security measures of the British penal system, but it was also said to be inescapable! The convicts at Port Arthur worked in farming and industries producing a large range of materials and resources.

See also
Things to do in Port Stephens, NSW

Spare plenty of time to explore the Port Arthur Historic Site. The site consists of 30 historic buildings, ruins, beautiful grounds and gardens. Within the bay area lies the Isle of the Dead cemetery and the Point Puer Boys’ Prison, two more important sites accessible by a ferry ride.

The old hospital at the Port Arthur Historic Site

A view of the Penitentiary of the Port Arthur Historic Site

The Church at the Port Arthur Historic Site

The Port Arthur entry pass is valid for 2 days as many visitors can’t cover all the sites in a single day. The two tours that we recommend, and are covered in the site entry, are the:

The cliffs at the Isle of the Dead, Port Arthur Historic Site

The Isle of the Dead, Port Arthur Historic Site

There are several other (paid) optional tours, such as:

You can check out more photos from Port Arthur in our gallery.

How to get to Port Arthur from Hobart?

Port Arthur is a 1.5 hour, 97 km, drive from Hobart on Highway A9. The drive is quite picturesque as it leaves Hobart. And depending on how much time you have to spare, there are a couple of scenic spots to stop along the way.

Our favourite spot was where we stopped for lunch. Although Port Arthur Historic Site has a cafeteria and a restaurant, we stopped at Gabriel’s on the Bay, which is a short detour en route, Port Arthur. The food here was amazing, but what was more incredible was the view of Stuart’s Bay and Ladies Bay. The view from the outdoor seating of the restaurant is simply gorgeous! We highly recommend Gabriel’s on the Bay over the restaurant inside Port Arthur Historic Site.

Gabriel’s on the Bay – fantastic restaurant with an amazing view

However, if you don’t have a car or prefer being driven to Port Arthur, you can opt for a day tour that includes a pick and drop from Hobart. You can book online directly using the link below to avail the best price.

A quick detour to Maingon Bay

If you have some time to spare after you visit the historic site, I would also highly recommend heading to the Maingon Bay Lookout. It’s a short 10-minute drive further south from Port Arthur.

From the lookout, you can get a glimpse of the massive waves that surfers come here for. There’s also a giant rock that looks like a penguin, and a cave so remarkable that they decided to call it the “Remarkable Cave”. And if you stare hard enough towards the end of the land, you’ll notice the jagged pillar rocks of Cape Raoul.

The lookout point and the Penguin Rock at Maingon Bay Lookout, Tasmania

2. Shop at the Salamanca Market

If you happen to be in Hobart on a Saturday, then make sure you head down to Salamanca Market. This weekend market is held at Salamanca Place and is one of the most popular tourist attractions in the city. You can buy all sorts of items from silverware, art, clothes, Tasmanian timber items, flowers, and vegetables. Of course, there are plenty of food vendors serving up everything from hotdogs to crepes and even Indian food.

Among the many food vendors, there’s one that you don’t want to miss – Tassie’s Famous Scallop Pies. Be sure to get there early as pies sell out quickly, especially their award-winning scallop pie. We got there at 2 PM and they were already sold out 🙁

The vibrant Salamanca Market is a must visit in Hobart

Wares at the Salamanca Market, Hobart

Silverware at the Salamanca Market, Hobart

Shopping at the Salamanca Weekend Market in Hobart

The Salamanca Market is a must-do if you happen to be in Hobart on a Saturday. Otherwise, plan your trip such that you’re there on a Saturday. It’s a fun market with a great outdoor vibe.

Battery Point is a quaint neighbourhood in Hobart, full of beautiful, old colonial houses, and cafes. In fact, if your budget allows you, I would highly recommend that you stay in a colonial cottage at Battery Point.

The Grande Vue Hotel at Battery Point is one such amazing option!

Battery Point in Hobart is known for its colonial homes

This charming neighbourhood is definitely worth a quick visit. Walk down its lanes, and admire the old cottages on Hobart’s harbour.

Mona is Hobart’s museum of modern art. The exhibits in the museum are all underground, which really adds to the character of the museum. But even if you’re not into modern art or don’t care much for museums, I would still highly recommend a visit to the Mona for two reasons.

A very trippy corridor inside the MONA

An exhibit of broken glass; bottles smashed by visitors against a wall at random times in the day – MONA, Hobart

A floating hand inside MONA, Hobart

An exhibit of a fat Porsche at MONA, Hobart

Neha staring into the pool of motor oil

Hobart across the Berriedale Bay

The hotel and grounds at the MONA, Hobart

The vineyards of MONA, Hobart

5. Catch the sunset at Rosny Point

If you happen to be a fan of sunsets, then head down to Rosny Point to catch the sky change colours as the sun sets behind Mt. Wellington.

The Tasman Bridge during a gorgeous sunset in Hobart

The drive to Rosny Point Lookout is relatively easy as long as you have a car. From the edge of the hill, you get expansive views of Hobart! And during sunset, the orange glow of the sun lights up the sky behind Mt. Wellington.

Also another fun fact, during times of high solar activity, Rosny Point is where you can catch the Southern Lights over Hobart.

6. Tower over the city from Mt. Wellington

The towering mountain behind Hobart is Mt Wellington and Wellington Park. Although there are plenty of things to do at the peak, most visitors go there for the views of the city below.

Hobart as seen from MONA

Unfortunately, we couldn’t make it to Mt Wellington while we were in Hobart. But we were told that it offers some of the most gorgeous views of the city. And the best time to visit Mt Wellington is during sunrise. The drive up to Mt Wellington is about 30 minutes, or you can opt for a sunrise tour that is inclusive of a hotel pick-up.

Richmond is a small, historic village 25 km from Hobart. It was established as a military staging post and convict station between Hobart and Port Arthur. Richmond is known for its Georgian architecture, and heritage buildings dating back as early as 1820. Today most of the buildings have been converted into galleries, antique stores, tea shops, boutiques and museums.

The historical town of Richmond

However, the most popular attraction in Richmond is the Richmond Bridge. The bridge, that was built using convict labour, was constructed between 1823 and 1825

Today, it is the oldest stone span bridge in Australia. In 2005, the bridge was recognised as an outstanding historic place and added to the Australian National Heritage List.

The historical Richmond Bridge was built by convicts

Feel free to check out more photos from Richmond in our gallery.

Also, 25 km from Hobart, but in a slightly different direction, is the town of Sorell. This is one of the oldest towns in all of Tasmania that originally started as a small farming community. Today, the farms are still there and are extremely popular with tourists who come to go fruit picking.

The bounties of the Sorell Fruit Farm, Tasmania

The Sorell Fruit Farm is perhaps the most popular fruit picking farm in Sorell and has some of the widest variety of fruits. Honestly, I couldn’t get enough of the Tasmanian cherries!

A box full of Tasmanian cherries handpicked at the Sorell Fruit Farm, Tasmania

Simply arrive at the farm, buy a box, and pick as many fruits as you can stuff into it!

The best things to do in Hobart

We hope you enjoyed our little virtual tour of Hobart and beyond, and that it made planning your trip to the city a little easier.

For accommodation, we recommend that you find a Hobart city hotel. And check out our Hobart photo gallery to see more pictures. And as always, thanks for reading and be sure to share this post if you find it helpful! 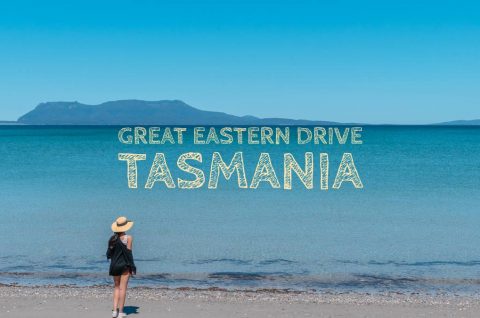 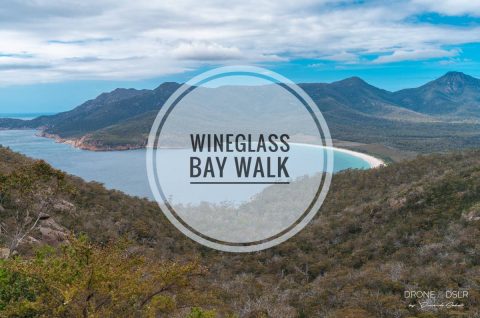 We highly recommend Tasmania as a fabulous tourist destination. We have been visiting on a regular basis for the past 15 years as our daughter lives in Hobart. One of our favorite places to visit is The Wall at Derwent Bridge on the way to Strahan which is also a great place to visit. We love Salamanca Market and also Hill St Deli, the boat rides from the Wharf in Hobart are well worth doing also.