My love for exploring outlying islands in Hong Kong seems to be never-ending. I’ve had my eyes set on Tap Mun, also referred to as Grass Island, for a long time. So, I finally decided to go as far north for it as I did go south for Po Toi.

Getting To Tap Mun (Grass Island)

Getting to Grass Island from most parts of Hong Kong is a fairly long journey, and involves multiple modes of transportation. However, the final leg of the journey involves catching a ferry from either Ma Liu Shui Ferry Pier (near the University MTR station), or Wong Shek Pier (north of Sai Kung).

Ma Liu Shui Ferry Pier is a 10-minute walk from the University Station on the East Rail Line, which runs from Hung Hom to Shenzhen. Once at the station, follow the signs to the pier. From here, the Kaito ride is approximately an hour long.

On the other hand, the kaito ride from Wong Shek Pier is about 20-30 mins. To get to Wong Shek Pier,  take bus number 94 from Sai Kung, or 96R from Diamond Hill.

The kaito isn’t the most punctual service. It can arrive early, or late. So, it’s best that you arrive a bit early at whichever pier. The kaito schedule for Tap Mun is up on the Transport Department’s website.

Tap Mun has a couple of attractions that include a Balanced Rock (which is actually quite cool), and the beautiful Tin Hau Temple.

The 400-year-old temple has an altar, and legend has it that it is connected by a hidden tunnel to Tap Mun Cave on the opposite shore of the island.

Why Is It Called Grass Island?

This is why it’s called Grass Island

The island rises up from the sea and forms a plateau on the top. This plateau is covered in a meadow which lends Tap Mun its English name, Grass Island. Obviously, my photo doesn’t do justice to the grass because we went on a cloudy winter day. But you get the point.

The meadow, along with views of the sea, makes Tap Mun a perfect spot for picnics (and also camping). Just be careful – you’ll be sharing the meadows with its local inhabitants – feral cows. Lot’s and lot’s of feral cows roam the hilltops of Grass Island.

As long as you don’t disturb them, they won’t disturb you. Although, there is an enormous amount of cow dung on the island! Make sure you don’t step into it.

Once you get off at the Tap Mun ferry pier, there are a couple of seafood restaurants to your left. If you turn right towards the New Fisherman Village, you’ll find a few more restaurants. But the ones on the other side are relatively easier to find as they’re along your path.

I’m sure you can find plenty of better pictures of Tap Mun on the internet. Unfortunately, the day we were on the island was as cloudy and drabby as it gets.

But I still think I got some great photos of the island from all angles.

The stunning cliffs of Tap Mun

I loved the jagged rocky shores of Tap Mun Island

The waves crashing on the south side of Tap Mun

The cliff near the Balanced Rock

Tap Mun seen from a distance

I was really excited about taking aerial footage of Tap Mun. However, there were two big screw-ups that day. To start with the day was cloudy, and it had rained. And then when I unpacked my drone, I realised that I had left my USB cable home. This meant, that for the first time, I had to fly my drone blind. It was fun but in a scary way. 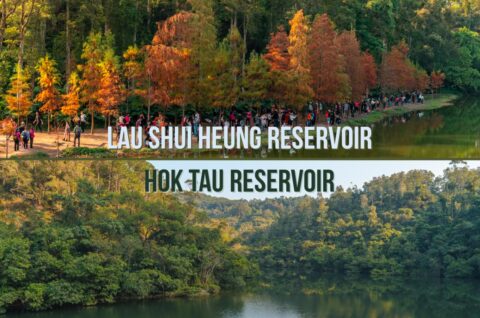 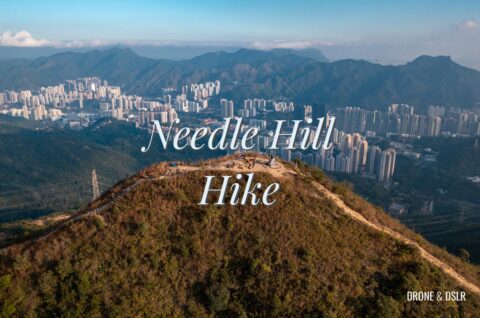