The trail is flat, shaded, and very family-friendly. And if you’re feeling a bit adventurous, you can stop by the Tai Tam Mound Fall, or dip your feet to cool off in the stream above the waterfall.

Views of the reservoir from the walk

So, here’s all the information that you need on this trail around Tai Tam Tuk Reservoir.

Tai Tam Reservoir is a group of four reservoirs. They are located in the eastern part of Hong Kong Island and consist of:

The reservoir and dam finished construction in 1917 with a capacity of 1.42 billion gallons of water. The dam is 60 feet tall and 800 feet wide with 12 arches that support the Tai Tam Road between Stanley and Chai Wan – one of the most picturesque stretches of road in Hong Kong!

The Tai Tam Tuk Dam and the picturesque road above it

Our circular walk starts at one end of the dam, goes around Tai Tam Tuk Reservoir through the Tai Tam Country Park, and finishes at the other end of the dam.

If you start from the north, you will walk through the dirt trail first, past the waterfall and the stream. After which, you’ll get to admire the reservoir and the masonry bridges. The walk will end at the South Entrance where there are toilets, vending machines for drinks, and a taxi stand.

To get to the south or north end, take bus 14 (Sai Wan Ho to Stanley) or 314 (Siu Sai Wan to Stanley) and alight at the Tai Tam Country Park bus stop. You can also take any of the green minibuses 16 A/M/X that run between Chai Wan and Stanley.

Enter the Tai Tam Country Park at the South Entrance, which is also the south end of the Tai Tam Tuk Dam.

View of the Tai Tam Tuk Reservoir from the South Entrance

The initial part of the walk is very peaceful as it runs along the reservoir. It’s completely shaded, paved, and flat. In fact, most of the walk is pretty much like this.

After about 400 metres you’ll arrive at the first of the four masonry bridges along the Tai Tam Reservoir Road.

The first masonry bridge on the walk

For the next 1 km, you will be greeted by four masonry bridges on this path. The masonry bridges, situated along the west shore of Tai Tam Tuk Reservoir, were built in 1907 to connect Tai Tam Upper Reservoir and Tai Tam Intermediate Reservoir to Tai Tam Bay. Today, the bridges ensure accessibility to the entire reservoir system.

One of the masonry bridges with high arches

The four bridges are made of granite arch structures and cross stream-beds below that feed into the reservoir. Among the bridges, two are particularly high and have granite imposts inserted between columns and arches. And the first one is lined with decorative cornices.

The masonry bridge and its reflection

It’s worth stopping by the first and the last masonry bridges on this path for some Instagram-worthy shots.

As you pass the last masonry bridge, the road gains a bit of incline. And after about 500 metres, you’ll reach a fork in the road. If you continue walking on either of the two paths on the fork, you will reach Tai Tam Upper Reservoir after 2 km. But just before the fork, there is a dirt path that leads you to Tai Tam Road. Take this path to complete the circular loop.

Go off the road onto the trail towards the right

The dirt trail back to Tai Tam Road

The next 1.5 km back to the north end of the Tai Tam Road is an undulating dirt trail on Section 6 of the Hong Kong Trail. However, the highlight along this trail is the Tai Tam Mound Fall and Stream, which is difficult to miss at around the midway point.

The start of the trail to Tai Tam Road

To get to the waterfall you need to arrive at a small wooden bridge immediately after some steps. There is a hidden entrance just after the bridge that takes you down to the waterfall. You can learn more about the Tai Tam Mound Waterfall in this post.

If you want to skip the waterfall, there’s another small footbridge ahead that you can walk around the side of and sit along the stream above the waterfall. Be careful not to dirty the water or throw things down as there may be people directly below you. Both these locations are perfect to cool off.

Sitting next to the stream above Tai Tam Mound Fall

It’s difficult to miss this stream

After the waterfall or stream, continue along the dirt trail till you reach Tai Tam Road.

The final stretch of the dirt trail

The road here is very narrow, with no sidewalk. So wait for the traffic to move in your direction so that you can walk along the side of the road. The bus stop is at the north end of the Tai Tam Tuk Reservoir.

On top of one of the masonry bridges

Now that you know what to expect, you can decide whether to start this loop from the north or south end. For a slightly longer walk, you can consider the Tai Tam Reservoir Heritage Trail that comprises 22 waterworks structures with historical value. That trail is about 5 km long. But you can also just stick to our circular walk that covers the most scenic part around Tai Tam Tuk Reservoir.

However, if you’re looking for more challenging hikes around Tai Tam Reservoir, consider the Twin Peaks Hike or the one from Braemar Hill to Tai Tam Tuk Reservoir. On the other hand, if you like peaceful walks around reservoirs, check out the Shing Mun Reservoir Walk.

Discover more walks and hikes around reservoirs in Hong Kong 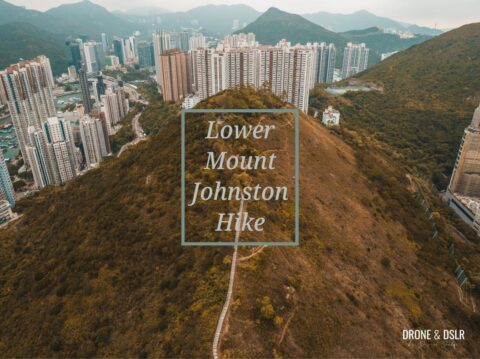 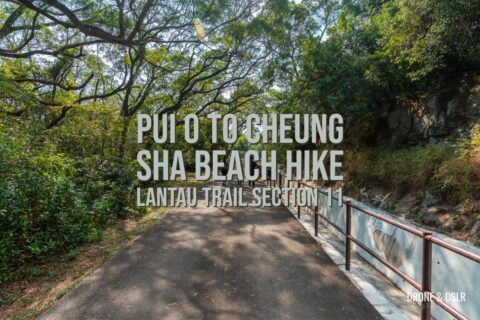