Repulse Bay Beach is perhaps the most popular beach on Hong Kong Island. Nestled among iconic hiking hills, the bay and beach have a colonial charm and resort-like feel.

Located in Repulse Bay, an upscale neighbourhood that is one of the most expensive residential areas in the world, the beach is a blend of modern facilities and natural beauty.

Its easy accessibility to public transport, large size, and proximity to numerous restaurants and shops make it a perfect beach for just about anyone. Unlike Shek O or Big Wave Bay, which are further away from the city and offer a more rustic vibe, Repulse Bay Beach has a very urban and modern vibe.

How to get to Repulse Bay Beach

There is a decent amount of car parking space available next to the beach, and inside The Pulse. Of course, those become full over busy weekends.

Although the closest MTR station is 4 km away from Repulse Bay, it is possible to walk from the station to the beach. In fact, it’s a beautiful coastal walk that I personally enjoy.

To arrive, take the MTR to the Ocean Park station on the South Island Line. Get down at Exit C and walk on Island Road towards Deep Water Bay.

Walk down to the Mills & Chung Path after the Hong Kong Country Club to avoid the traffic. Cross Deep Water Bay Beach, and take Seaview Promenade from the other end of the beach.

Mills & Chung Path on the left, Deep Water Bay Beach in the middle, and Seaview Promenade on the right

In the year 1841, Repulse Bay was used as a base by pirates causing trouble to merchant ships that were trading with China at the time. But they were subsequently “repulsed” by the British fleet, and hence this bay was named Repulse Bay.

When the Japanese forces landed on this bay in December 1941, they renamed it Green Seaside Beach because of the green trees alongside the beach.

Since then, the local council has taken numerous measures to make this beach one of the most beautiful beaches on Hong Kong Island, if not all of Hong Kong.

Things to do at Repulse Bay

Located on the south side of Hong Kong Island, Repulse Bay is one of the most picturesque locations on the island.

If you’re planning a day trip, there’s plenty at Repulse Bay to keep you busy. In fact, you can plan your day exploring the beaches, shops, restaurants, and even temples.

The main attraction at Repulse Bay is its beach.

The water quality is consistently rated as Grade 1 – Good by the EPD, which makes it perfect for swimming.

Shade is limited on the beach

Fortunately, the beach is quite long. In fact, it is one of the longest beaches on Hong Kong Island with a length of 292 metres (960 feet). So, there’s plenty of space for everyone!

Facilities available at the beach

Repulse Bay is an upscale neighbourhood, which essentially means there are plenty of trendy restaurants, cafes, and shops around.

Most of the restaurants and shops are located inside The Pulse, the mall on the beach, and The Repulse Bay, the condominium and service-apartments complex.

The entrance to The Pulse on Repulse Bay

The Pulse offers some great dining options with panoramic sea views. Some noteworthy ones include:

Limewood and other restaurants at The Pulse

Classified and The Coffee Academics at The Pulse

Sip Song and Meen & Rice at The Pulse

Inside The Repulse Bay, there are two beautiful restaurants with an amazing atmosphere.

“The Verandah” servers continental cuisine, fine wines and discreet service in a beautiful colonial setting for a true Peninsula-style dining experience. They are best known for their traditional English afternoon tea and Sunday brunch.

And “Spices” is an Asian-inspired restaurant with an Eastern décor inside a spacious lawn.

If you would like to get away from the crowds at Repulse Bay Beach and find another quieter beach, then there are 3 neighbouring beaches that you can walk to – Deep Water Bay Beach, Middle Bay Beach, and South Bay Beach.

Deep Water Bay is the bay adjacent to Repulse Bay. It too is known for its beach, and golf course.

The walk between Repulse Bay and Deep Water Bay is only 1.4 km and runs along the coast on Seaview Promenade, a popular path for walkers and joggers.

Seaview Promenade connects the south-end of Deep Water Bay to the north-end of Repulse Bay. The walk is shaded in parts and comes very close to Middle Island around the headland.

Seaview Promenade is popular with joggers and walkers

View of Middle Island from the Seaview Promenade

I personally love walking on Seaview Promenade and enjoying the views of the sea!

There are two additional beaches located on the south side of Repulse Bay – Middle Bay Beach and South Bay Beach.

Both beaches can be accessed on foot from the south end of Repulse Bay Beach, via South Bay Road (behind The Pulse).

Both beaches offer a bit more seclusion from the hustle and bustle of Repulse Bay Beach and don’t skimp out on the basic facilities such as shows, changing rooms, lifeguards, and barbecue pits.

On the southern end of the Repulse Bay Beach is another hidden gem – the Tin Hau Temple.

Entrance to the Tin Hau Temple at Repulse Bay

The temple is one of the oldest Tin Hau Temples in Hong Kong and includes a Chinese-style garden leading up to the sea. There are two 10-metre statues of Tin Hau (Goddess of the sea) and Kwun Yum (Goddess of mercy) inside the temple. The tallest statue of Kwun Yum (Guan Yin) in Hong Kong is located at the Tsz Shan Monastery in Tai Po.

And next to the temple is the Bridge of Longevity, which is believed to prolong your life by 3 days each time you cross it.

The Bridge of Longevity

Aerial view of the pavilion and the Bridge of Longevity

The south side of Hong Kong Island is really quite beautiful, especially the area around Repulse Bay and Deep Water Bay. So, it’s no surprise if you’re tempted to plan a staycation here!

From what I know, the closest hotel to Repulse Bay is the Hong Kong Ocean Park Marriott Hotel. And that’s actually great because the hotel is in close proximity to Deep Water Bay, Repulse Bay, and Ocean Park!

Speaking of the beauty of Repulse Bay, it’s also no surprise that it is a popular location for weddings.

A party at The Verandah, The Repulse Bay

The two popular venues for hosting weddings or parties at Repulse Bay are:

If you’re like me and are interested in learning about the best hikes around Repulse Bay, you’ve come to the right place.

The numerous hills surrounding Repulse Bay and Deep Water Bay offer stunning views and vantage points to admire this beautiful coastline on the south side. Here are a few of the hills that you can conquer to earn those incredible views!

The Violet Hill and Twin Peaks Hike is perhaps the most challenging hike on Hong Kong Island. The hike consists of climbing and descending two hills in succession.

It then descends into Repulse Bay Gap before climbing the challenging Twin Peaks, which is behind Repulse Bay, before ending at Stanley Gap.

Brick Hill is the hill on which Ocean Park is located. It’s a relatively easy hike and offers panoramic views of not only Deep Water Bay but also the Aberdeen Channel.

An elevated view of Deep Water Bay and Repulse Bay

You can read all about the Brick Hill Hike in this guide.

And finally, if you’re looking for a family-friendly, super easy walk that offers incredible views of Repulse Bay, then the Tsz Lo Lan Shan Path Hike is perfect for you!

This hike, which is only flat or descending, runs along the catchwater basin of Violet Hill and offers panoramic views of Repulse Bay.

You can learn more about the Tsz Lo Lan Shan Path Hike on our guide.

We hope you enjoyed our guide to Repulse Bay, and perhaps now have a better idea of how to plan your day when visiting the beach or neighbourhood. Or at the very least, we hope that you learned something new about the neighbourhood. 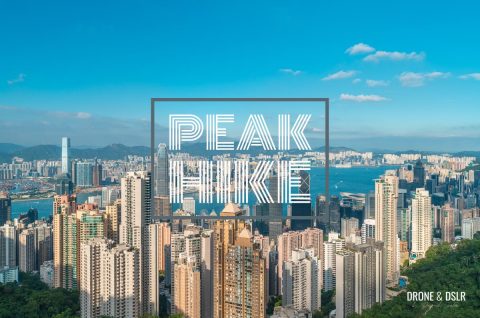 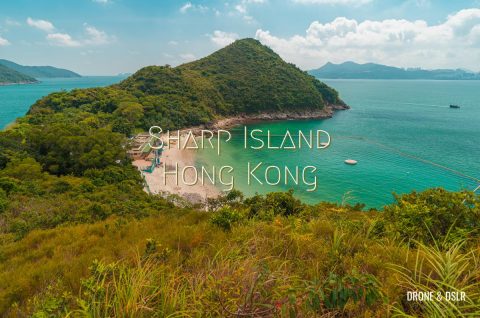 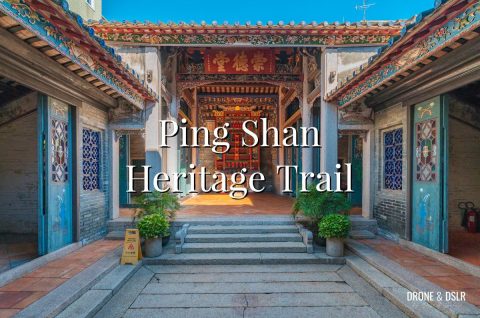